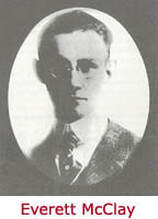 Everett McClay Post 1296 was originally chartered in 1932 and has been an active participant in the community ever since. The original name was the Chamberlin Post. The name was changed to Everett McClay, after a man who was the first serviceman to die in action in World War I from Bloomington, MN. C.B. Armstrong was the first commander and the original charter shows 26 names. The post meetings were held at the Minneapolis, MN Town Hall at a fee of $2.00 per meeting. The following years the post held meetings at locations including the Wood Lake School in Richfield, MN. In 1947 the Post meetings were held at the Ranch House restaurant at the Aero Inn.

The Post purchased the Inn in 1947 and started building on the 2731 East 75th Street site. In 1960 the Post purchased a movie house from the local Air Force and attached it to their existing building. The 60s were very fruitful for the Post. It's membership increased to where it became one of the largest clubs in Minnesota. The Post began sponsoring a number of youth athletic teams and started programs that are still in place today, including it's Voice of Democracy scholarship program, flags for schools, hospital volunteers, etc.

In 1973 the club broke ground on another expansion program and totally remodeled the old club. The Post continued to be a focal point in Bloomington, MN area with a Gun Range and firearms safety and sponsorships that included the Junior Aquatennial Queen and Commodore contest, the Highlanders Marching Group, Boy Scouts and Cub Scouts and a plethora of others. The Post flourished through the seventies and eighties and was always considered one of the finest VFW Clubs in the state of Minnesota.

Change came quickly in the 1990's with the opening of the Mall Of America and a new runway expansion at the airport. The Post had some difficult times yet the membership pulled together and weathered the storm of construction projects and possible closure by the Metropolitan Airport Commission.

A new location was finally found at 311 West 84th Street in Bloomington, MN. The new Club was opened on September 15, 2003. After some growing pains and once again through the concerned efforts of a strong membership, the new Club is starting to flourish.

From the veterans of World War I to World War II, Korea, Vietnam, and the Gulf War and to all the men and women who put themselves in harms way to answer their country's call to service in those conflicts, and the crises in between. These are the veterans that make up Post 1296. Buildings have come and gone yet what these people have done for their community through the Armed Services and the VFW; that is what endures and continues to serve as the benchmark for what a VFW club is all about. 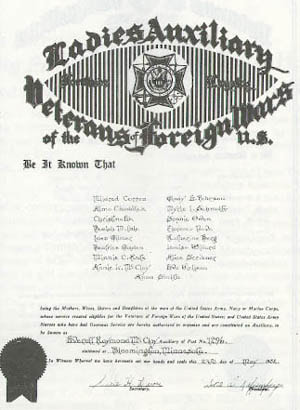 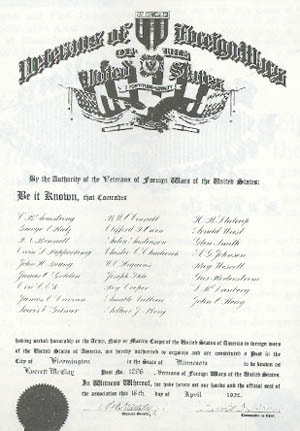